I took away my kids’ screens and here’s what happened… 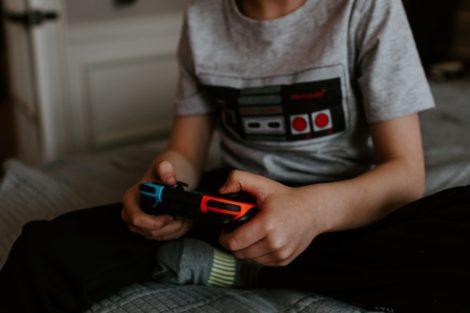 I took away my kids’ screens and here’s what happened.

I reluctantly took away my kids’ iPads when they were seven and eight years old. I say reluctantly because it wasn’t my idea. My now husband (we were only dating back then) was a trusted sounding board at the time. He saw the tantrums and mood swings that I was experiencing with the boys and suggested that removing their screens might be beneficial.

How will I keep my kids occupied if I don’t have the TV, video games and iPads?

As we weighed the pros and cons of taking away their screens, and the biggest question for me was, “How will I keep them occupied if I don’t have the television, video games and iPads?”  I was not a lazy parent, I was busy working and managing our home. Screens felt like necessary tools to keep the kids engaged while I was occupied with the business of life. My now husband assured me that he would help me.

Then, we discussed some of the kids’ behaviors that we thought might be made WORSE by the screens. My seven-year-old was having violent tantrums. When he was upset, he would rage, kicking and screaming, for hours. The fits had gotten so bad that all I could do was sit in his room and keep him safe from harming himself as he thrashed violently. He would search for objects to use to bash the walls and windows, and I was worried that the only safe place for him to be was a padded room.

My eight-year-old was struggling in school. He was a great kid, but his reading skills were behind. In the third grade, he was testing at the late first grade level. In our state, third grade is an important year. If students aren’t at grade level, they are required to repeat the entire year. We were preparing my oldest son for the reality of being held back, even though we were going to tutoring and seeking assistance for his academic problems. With all of his (and our hard work) his scores were not improving. He was also diagnosed as overweight by his pediatrician, and sent for blood tests to monitor his cholesterol and blood sugar.

While they were sleeping, I took their iPads and hid them in a closet.

The fateful day came, and I made the difficult decision to remove their screens. We decided that the removal had to be “cold turkey” because I had tried to limit their screen time in the past, and all this did was cause them to beg, plead and manipulate me until they got their desired screen time. So, one night, while they were sleeping, I took their iPads away and hid them in a closet.  I unplugged the Wii and tucked it away in a secret location.  Then I unplugged the television.

That morning, there were many tears when I told them that their favorite devices were gone, but they managed. I’m pretty sure they thought that I would break sooner than them.  The real fallout didn’t occur until about 48 hours after total screen removal.  My little one’s tantrums became more severe, and my third grader went into a sulky form of withdrawal depression.  Both children reacted as if the lack of instant entertainment was giving them physical pain.

My children did not know how to live without screens.

Fortunately, the weekend arrived, and my now-spouse and I kept both boys busy with activities. We chose to go on a road trip to visit family, and even though we packed puzzles, coloring books, and other traditional car games, the children had difficulty not being engaged by screens. My children did not know how to live without screens. They could not simply look out the car window and think.  This was when the problem became real to me, and I became even more committed to keeping them screen free.

Many days and weeks later, my sons still cried when they thought of their beloved devices. They waxed poetic as they described the games that they would play for hours when they finally got them back.

Our family commented on how different the kids seemed.

But little by little, they would have these conversations with me while we were fishing in the lake behind our house. Or, they would stop their reminiscing about video games when a friend came over and asked to play outside.

My seven-year-old began climbing trees when he was angry, and one day, I realized it had been a week since he had a tantrum.

We visited with family, and they commented on how different the kids seemed.

And we realized that we felt like a normal family again. However normal a family like ours can be, anyway.

It was then that I knew I would not be handing the devices back to my sons.

I hadn’t made a concrete decision on when to give the children’s devices back when the principal of his school called me at the end of the school year.  She was so excited, she wanted to share his test results directly with me. He didn’t just pass!  He excelled on his test and got an excellent score.  They moved him out of intensive reading and congratulated us on his success.

It was then that I knew that I would not be handing those devices back to my sons. No matter how badly they wanted to play Minecraft or Fortnite, I could not allow them to do it. I had witnessed the negative results of the screen time on their academic performance, social lives and emotional and physical well-being.  And I had witnessed the complete reversal of those effects after removing the source of the problem from their lives.

I knew that there was no “safe” amount of time on these devices for my children.

And I resolved to keep my kids screen free (except for schoolwork) until at least twelve years of age.

Stay tuned to my blog to find out what happened ONE, TWO and THREE years after my kids went screen free!

Subscribe to my newsletter for more ideas on how to engage your kids without screens.

If you choose to use screens, develop a Media Plan for your family here