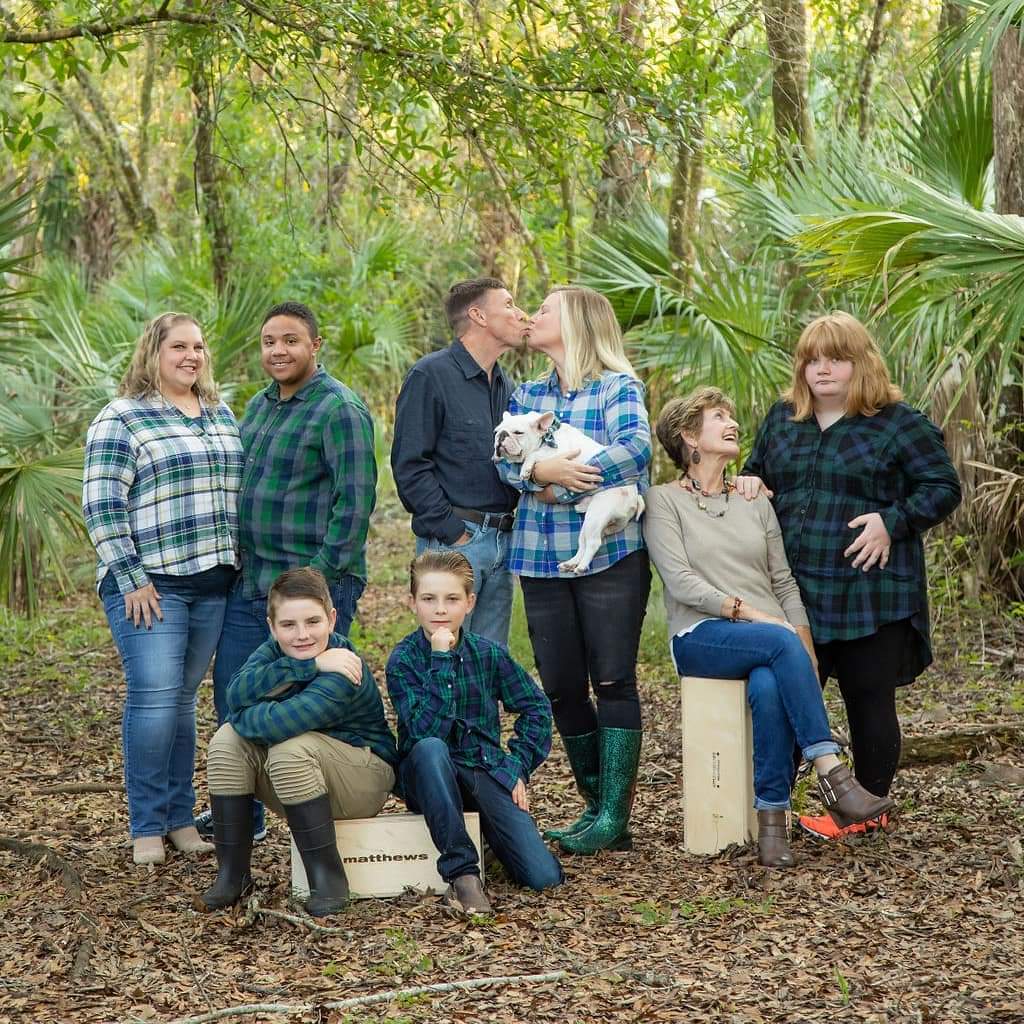 Even though my earthly father is gone, I am lucky to have my husband, who serves graciously as an earthly father to my children. He is a shining example of servant leadership in our home, and as a gift to him, I purchased two rocking chairs for our patio that overlooks the wooded scenery of our backyard.

When a tornado warning woke me up at 6 am, I felt led by the Lord to go sit on one of the chairs and wait for my husband to wake up. I sat out there with my coffee and communed with My Heavenly Father, whom I also celebrate today.

The sadness I feel over the empty space where my Dad once was, and the sadness I know my daughter feels even as she sleeps, over the loss of her dear father was instantly overcome by feelings of gratitude.  Because even before these losses occurred — these terrible, unexpected losses in all our lives — God was working overtime to make provisions for me.

My Dad died unexpectedly of a heart attack on May 16, 2019.  It was a normal night, I had seen him that day. He had spent the afternoon laying gravel at his home in Marco Island.  He and my Mom were getting ready to escape to their happy place on Marco Island after enduring my Grandma’s long health decline and death only 10 days earlier. Dad had also prepared the boat for a summer of fishing.  He and I had plans to take the boat out that weekend. 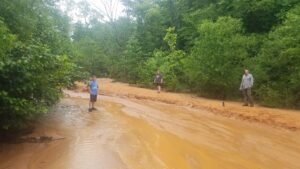 Of course, I had called him that afternoon. I needed his help. I was busy helping Kasie with something, and my boys needed someone to pick them up from school.  My Dad came to the rescue, picking my boys up in his big, white pickup truck. He took them to the convenience store and bought them huge bags of chips and sugary drinks.  He was their hero.

I saw him when I picked them up at his house later that day. My daughter and I both gave him what would be our last hugs.

That night, I went to bed not knowing that my sleep would be interrupted by his last emergency. That my life and the lives of my family would be changed forever by the sudden loss of my amazing father.

It’s hard to wrap my mind around the fact that God knew. God knew and somehow He allowed it to happen. But, over time, I came to understand that my ways and my thoughts are not God’s. That He is wise, and He has a plan.

God knew it all.  And in preparation, He gave me my husband. God sent me Mike.

My dad was the anchor of my family, the thing that kept us grounded, the stronghold that we checked ourselves and our choices against throughout our lives.  Without him, we could have been left, tossing about like little boats in a storm. But God knew that we weren’t yet strong enough, or mature enough in our spiritual walk — He’s always been so good to me. (There’s really no excuse for me not being strong enough, but that’s another story, a story about how God has always been way too patient and gentle in leading me.)

So, God sent us Mike.

Years before my Grandma got sick, and years before she and my father and Kasie’s father would die…all of our leaders, both spiritual and physical…God sent us Mike.

And it’s funny to me because Mike is so different than my dad. Where my dad was physically intimidating, Mike is physically unassuming. My dad was strong, and at first sight, you knew it. He was big, and his big hands and thick fingers often had bruises, scabs, and scars on them. You would not pick a fight with my dad.

Mike is none of those things. He does not tower over me, and I outweigh him, by how many pounds I will not mention. He is physically strong because he cares for his body through his healthy diet and exercise.  He is lean and energetic. But you would never feel physically threatened by him. Mike is the physical opposite of my dad, and God sent him to me to cover the deep gash left by my father’s absence.

My father was a stubborn, bull of a man.  His personality was quiet around strangers, but around his family, he could be loud and boisterous. He had strong opinions, and he let them be known. Loudly.

Mike — well, Mike is anything but loud.  He is a man of few words, and the few words he does have must be coaxed out of him.  Mike is a man of subtle action, and his actions are acts of service.  Service to God first, service to family, to the community, and to ministry. The world would observe Mike and see just a man, a quiet, humble one.  Maybe the world would see not much of anything. But in God’s economy, and using heaven-tinted sunglasses, Mike is a superstar.  His servant’s heart is bent on serving the one and only God. His obedient discipline is anything but flashy, but always enduring, and ever faithful.

In the early days of our relationship, I wondered why and how God would have ordained to place Mike and me together. What was He thinking on His throne that day? Was it divine comedy to place a man who never eats dairy with a woman who eats ice cream in the bathtub?

This morning I realized that God placing Mike and me together was anything but a heavenly joke. This provision was everything serious and nothing short of a miracle. God blessing my family with Mike is comparable to the miracles of God parting the red sea.  God sending Mike to me is comparable to Him crumbling the walls of Jericho at the sound of trumpets and shouts. God sending Mike to my children at a time when the three of them needed exactly his gentle spirit combined with his obedience and his discipline, is like God sending Ruth her Boaz.  Except better, because Ruth, well, she made some good choices. She had redeeming qualities that God admired when He made divine plans to redeem her and bless her with an earthly husband and then an even greater heavenly blessing placing her in the lineage of Jesus Christ.

These thoughts are almost too great for me to handle when I realize that Ruth was a Moabitess and a widow. She was considered an outsider and shunned by the rest of the world. Yet God honored her with a place in the lineage of His Son who would save the world.

Now, I’m not saying that my family is deserving of an honor so great. And while I think my husband, Mike is a prince among men, I’m not saying he is representative of a kinsman-redeemer like Boaz — who represents Jesus in this story to all of us.  But…well, why not?

Mike isn’t a savior, but he represents a Love so great from a God so good that He makes plans for me and provisions for me even when I am not thinking of Him or glorifying Him.  Even while I am a sinner, He sends His son a sacrifice for me so that I may have eternal life. 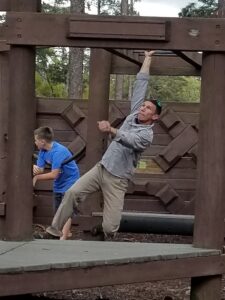 And even while I’m a terrible wife, and a substandard mom, and a not-so-obedient keeper of a gift (of writing?), God sends my dear husband as a provision for me.

I was husband-less and God sent me the best husband for me.

My kids were without a father in our home, and God sent exactly who they needed.

My family was without an anchor that would keep us from being tossed to and fro with the wind and storm of life.  God sent us a man whose faith is deeply rooted in the word and not prone to being shaken.

Who knows what plans God truly has for our family, and for the generations that will come after us? Ruth had no idea what God would do when He sent her Boaz. She just knew that she had been given a husband when hers had been taken. She had been given stability and comfort and love from a man who had a kind and generous spirit. Her immediate prayers had been answered.

I don’t know what God’s plans are for our family.  But I thank Him that my prayers were answered when he sent Mike to us. He wasn’t just an adorable gift to me (with six pack abs!), but he was a gift (from God) to my family for a time of need that we had no idea would come.