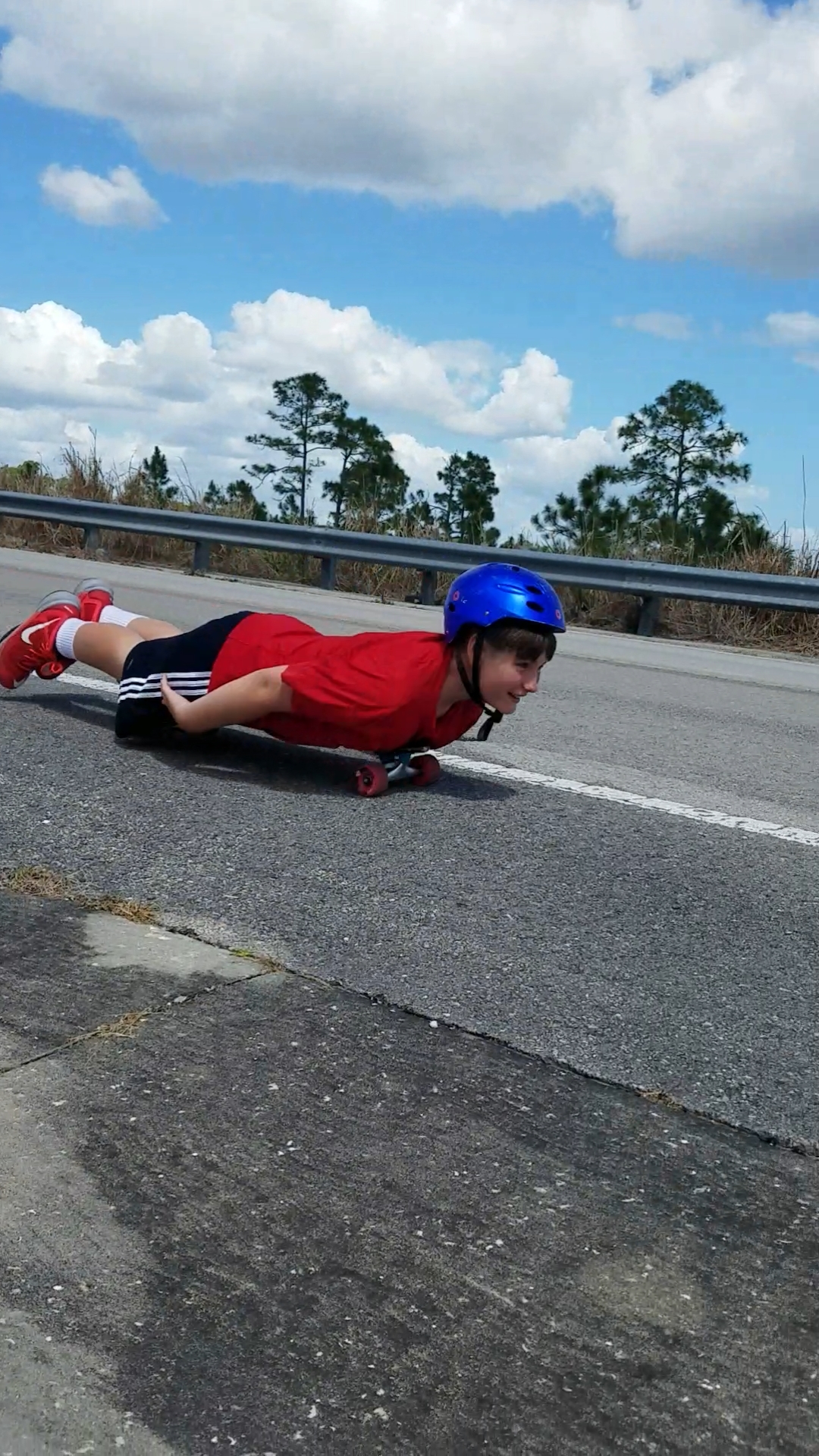 Welcome to Day 5 of our Screen-Free Quarantine!

As you know, in yesterdays post, I was honest and said that I allowed my boys to watch a movie. Some of you may feel that my decision to keep my children off of screens entirely is an extreme one. But, if you had been at my home yesterday, you would understand why I was led to that choice.

My youngest child is so severely affected by screen exposure that even that one movie (less than two hours of watching the screen, more than six feet away, in a lighted room) caused him to have tantrums and fits all day long. He was angry at everyone for most of the day for one reason or another. Just being told no set him off into a rage and sent him outside to hit trees and bushes with a stick. It was NOT a fun day, and certainly NOT worth the hour and a half of respite that I received from allowing them to watch the movie.

We all paid the price.

Day 5 was a detox day from that screen exposure, so we spent most of the day outdoors. The boys took some blue surgical gloves and filled them with water. They named them “Blobbies,” and they created an entire Blobbie family. When one would pop, they would fill the tiny piece of latex with water and say they had babies. Interesting that the large Blobbie had to be destroyed in order to create a child. I feel that illustration fully.

The children and I exercised in my bedroom, where we have my pole, a pull up bar and a set of stallbars. We had a nice time stretching and doing weight bearing exercises together. After that, we ate our lunch.

#thebookfarm is at the end of civilization in Southwest Florida. We live at the edge of a state forest. There is an old interstate exit ramp there, but it is blocked off and locked for traffic. We took the boys there with their skateboards and they went up and down the ramp like it was a skateboard park. We also brought sticks and bats and an orange bouncy ball and played an impromptu game of neighborhood baseball that involved using a pile of panther poop in the road as a base.  It was fun.

At home, I baked a chocolate cake and did two loads of dishes. We had some family video calls that made us feel close to our family that we are currently disconnected from.

This brings me to a topic that I’ve been wanting to write about, but it was too fresh for me, and I needed time to process my thoughts.  Social distancing and precautions in this time of the coronavirus outbreak have brought on a variety of questions and have caused tension in many relationships.

But what if you’re co-parenting during the time of coronavirus?  Sharing custody before the coronavirus outbreak could be challenging at times. But sharing custody now? What if the person you share custody with goes to bars or flies out of the country, or works in a high-risk profession? What if your child or another member of your family is immune compromised?

These considerations became serious issues for our family last week. I wanted to respect the other members of my family and wait until we all had some perspective on our own situations before I put my own thoughts out on the internet. (For all 20 of you who read this, LOL…actually, it’s really a toss up if any of my family members actually read this, that Facebook algorithm is a tough cookie!).

My oldest child, Kasie, is almost 20 years old. She is currently staying with me since her college closed a week or so ago. She has a good relationship with her father, and I would say that she would likely choose to spend MORE time with him than with me, for a variety of reasons. She’s an adult, and it’s always her choice.

But before her school closed, her father made plans to have a cousin fly in from out of state. And when I picked Kasie up from school, I assumed with all the virus things going on, the out of state cousin would not have chosen to fly to Florida, a state where Coronavirus cases are exploding out of control. But she did, and she had a great time. I was uncomfortable with sending Kasie over to her father’s when there was a person there who just went through two airports on her way to his house, no matter how tidy she was.

To complicate things further, Kasie was sick with a really bad cold (that later turned into a sinus infection) and I was worried about possibly spreading the virus to her father, who has some health complications of his own. Even if she didn’t have the coronavirus, she could give him a cold, which could stress his immune system.

I didn’t want to keep my adult daughter away from her father, and I certainly didn’t want to disappoint his family member who wanted to visit with Kasie (everyone loves Kasie). But at the same time, I wanted to be cautious, and I voiced my concerns to her father, who was still at that point, in the “I think this whole world is overreacting,” camp.  Lots of people were in that camp then.  I had hoped that they were all right and I was the wrong one. I get that my husband and I are more cautious than other people. We bought toilet paper, paper towels and Kleenex three weeks before people went nuts and started getting into fights at Wal-mart. We didn’t hoard, we just made sure we had enough to take care of the people we love.

And when we counted the people that we needed to provide for in a time of emergency, we accounted for my daughter’s father.

He was kind when I told him about my concerns, but I knew that he didn’t agree. And he said that much. I was lucky that HE was the hero here. He could have fought with me. He could have called Kasie and told her that she didn’t have to listen to me. She’s an adult, and she does what she pleases. But he patiently listened to me when I told him that I felt like I had a right to protect my family from this virus, and I had a responsibility to also protect him.

What happened next is one of the reasons why I am lucky to coparent with Kasie’s dad. He said, “I don’t agree with you, but I support you.”

And that what that. He stepped back and enjoyed his time with his cousin, all the while missing his daughter. And that’s a lot for him, because we often joke that if Kasie ever moved out of town for school (she wants nothing more than to move to Melbourne to attend FIT in the fall), he would need to set up a camper in the parking lot up there. As a team, we both told Kasie that we wanted her to stay put for now, and that made the decision easier and less stressful for her.

Since then, her father has gone without seeing his daughter for more than a week, which is a lot for him (see the paragraph above). And while he has moved a little bit more over to my cautious side of the street where the virus is concerned, he will still always be a little more relaxed than me about these kinds of things. Always. Because we’re different people.

We are different people STUCK in a relationship together. For better or for worse. Even though we are divorced. We share this kid. But not only that.

In this time of Coronavirus, his decisions don’t only affect her. If he were to take her into his home, and then go out to a restaurant or movie theater and pick up the virus, then she would bring that virus back to our family during her time with us.

I am thankful that my ex-husband was in a place where he realized that this was what I was thinking when I tried to explain myself to him. That he understood that I was afraid not only for our daughter, but for myself, for my older mother who is on her own, for my husband, for my other two kids…AND for him.

I have read many other accounts where the interactions did not go as well. Women who are uncomfortable sending their children off with their exes because the exes aren’t practicing social distancing.  Parents withholding kids from other parents in fear of the risks. Maybe some are doing it out of spite because they see the opportunity.

Honestly, I’m so glad I’m not in that situation. Every person has a right to decide for themselves what is best. Every person has the right to decide if they want to eat out right now or go to the grocery store and the gas station, to wear gloves or wash their hands. We all have the right to go to a place where spring break is operating in full force and enjoy a beer bong (not sure I understand the allure, though).

But in relationships where coparenting duties are shared and during this time of coronavirus concerns, your choices may not only affect your children, they may INFECT them.  And when your kids (who likely would not suffer serious illness with the virus) spread the germs to your family and the family of the other parent, probably unknowingly at first, who will suffer? The person with diabetes? The person with heart disease? The person over 65?

And that is the real tragedy.

Let’s be patient with each other. This terrible time will be behind us sometime soon…very soon if we keep doing our part and staying inside. When it is over, I’d love to have a great relationship with my children’s parent, not a totally devastated one. Maybe that means that one parent has to sacrifice for the sake of another (in my case, that’s what happened, Kasie’s dad took a big hit for our comfort), but it will all even out in the end. When this is all over, maybe Kasie and her dad can go off on a cruise together (hint: she loves chocolate fountains and swimming with dolphins). The end goal is healthy people AND healthy relationships.

Perhaps we can make it through while preserving both.