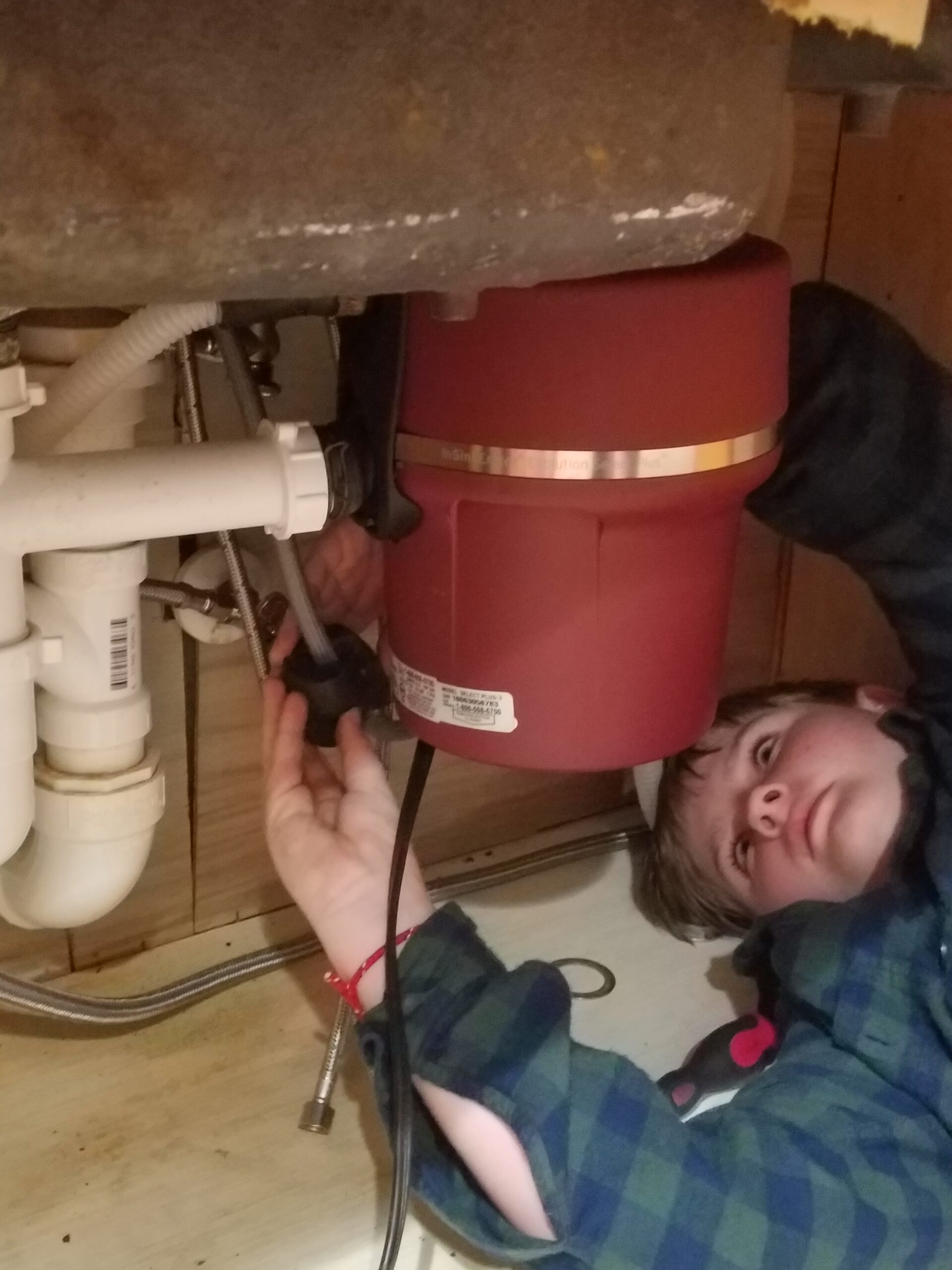 So today was the day that I put everyone in bed and emptied my tears into an entire box of tissues while they slept. I don’t know why. Nothing in particular, really. Just the bigness of it all, I think.

We did our normal schoolwork today, as usual. The kids are really beginning to learn! Then Jacob’s school called. I guess they noticed that we weren’t logged in to the e-learning system. I explained to them that I answered the school survey that was sent out, saying that I did not have a high-speed connection, and nobody contacted me to assist with that issue. I also explained that I contacted BOTH schools to let them know about my issue, and nobody had any resolution. I then outlined what I am doing for both kids. The teacher told me that we need to at least be “logged in” to the system once a day in order for them to take attendance.

So, first thing I do when I wake up in the morning is log my kids in to the system. At 5 am, the internet isn’t “fast,” but I can get a webpage to load.

Jacob’s ELA and homeroom teacher then asked me if I could come to school and get a book from her.  I was happy to do that, and as I arrived, everyone at the school was leaving. They were clearing out in advance of the Governor’s order to shelter at home. The principal handed me the book and I explained to her my troubles. She seemed understanding.

Later in the day, I received emails from all but one of Jacob’s teachers with instructions and assignments for the week.  I’ve printed them out and added them to his schoolwork.  The work he has been given may be on different topics (the Solar System for science instead of genes and heredity), but the complexity is about where we were at, so I feel good about it. I’d rather teach what is on the school’s curriculum so that he won’t be behind on any assessments they are given when they return. I’m appreciative of the teachers individualized attention. I’m sure they have their hands full.

Because of the shelter in place order that was issued for Florida, we had to make some big decisions for our family. We feel that the intent of the order is for Floridians to get to where they need to be (home) and stay put there. Kasie is away from her Father, and my Mother is all by herself at her home. Everyone in the house has traded similar viral symptoms for a few days, so we had my mother call her trusted doctor to ask him if or when it would be considered safe for her to come over and be with us. I thought that if he said we were safe for her, she could come over and just stay with us for thirty days.

Unfortunately, her doctor told her that she should consider us infected and stay away from us for THREE WEEKS. I took that news well, I suppose. I mean, I suspected it, and more than anything, I want to keep my mother and Kasie’s father safe. They are both in at-risk groups. And I figured that is what any doctor would say, and it is the safe and right thing to do. Mike was at work around two weeks ago, in court, which is packed full of essential workers and people accessing the judicial system.  He was exposed to any number of viruses including the virus.  Staying away from at risk people is just the right thing to do.

But when the at risk people are your recently widowed mother and your child’s father, it is a more difficult decision.

When I told Kasie the news that she wouldn’t be going to her fathers any time soon, she seemed to take it well. Her college sent students an email offering telephone counseling sessions and the next thing I knew, she was on the phone with a counselor. I was proud that she took such good care of herself. It’s really difficult to manage the stress of this situation, but I cannot imagine having autism. She processes everything differently, has to work harder every day to manage all of the changes at school and at home, she worries about her father and her grandma. Not to mention she is also grieving. She lost her Grandpa, her Grandma (her Father’s Mom), her Great Grandma and her dog, all in one year. She is afraid and vulnerable.

The boys are, too. They try to be strong, but learning with your Mom as your teacher is tough. Having to be quiet for a few hours every morning because there is a juvenile court judge in your dining room is tough. Being away from your Dad (their father is in Missouri), and your Grandma is tough. I think they are all troopers for how tough they are being.

My kitchen sink has been leaking, and it’s been getting worse daily. So, I decided that it had to be fixed before a plumber was necessary. I purchased a new faucet several days ago, and spent a day reviewing the simple instructions. My dad always fixed my sink for me. I never had to do it myself, but I have all of his tools. How hard could it be?

So, I took every family member who has had a tough day, and stuck them in a kitchen under a sink with a bunch of tools and we all spent a few hours working together to install this new faucet. The stress and pressure of that situation was interesting.  By 9pm, the faucet was installed and working, and we high-fived each other at our success. Mike was concerned enough at our plumbing skill that he asked me not to run the dishwasher and turn the water off at the wall before going to bed. I did those things, but I’m confident we did great work.

I got all the kids to bed, and then Kasie spilled an entire cup (she drinks a lot of water, so her cup is actually a 96 ounce big gulp cup) of water on her charging cords before bed. She came and got me because I told her to never try to clean up water spilled on power cords herself. We cleaned it up while she repeatedly asked me if she was doing okay. Is she a good daughter? Is she a good student? Is she going to be okay?

I reassured her, over and over again. I tried to put her to bed knowing that it was all going to be okay. But the truth is, I wasn’t really sure. What if everything I’m doing turns out to be the WRONG thing? What if the school doesn’t count all our hard work? What if despite our best efforts, the people we are trying to protect get sick? What if the loneliness they feel ends up being worse than the virus? What if, by trying to keep our family together, I break it apart?

The pressure of it all loaded up on my shoulders and it had to go somewhere. Instead of going to bed, I came down to my computer and let it all out through my eyes. I watched my dad’s memorial video and scrolled through countless photos and memories. My Grandma. My Dad, my dog.

I scrolled through more. I got to the photos of me and the kids when I was a single mom. Before Mike, before this house, way before. And I remembered that things were EVEN tougher back then. There were times I didn’t know how I was going to buy groceries or pay the power bill. There were times I didn’t pay the water bill and came home to bathe babies and the tap ran dry.

I remember a time when the only daycare I could afford for the boys was so overcrowded and dirty that Jacob kept getting sick. His pediatrician wanted to take out his tonsils. I knew there was nothing wrong with my child, other than his daycare, but I couldn’t afford anything better. I wrote a letter to my church at the time, pleading for a spot in their preschool for my two boys, and a scholarship. They graciously assisted me and allowed my boys to attend their school for three years each.

As I flip through photos, I see miracle after miracle, just like this. Jobs that came through at just the right moment. Checks that arrived just in time. Relief that came when the burden was too much to bear.

A husband who was sent a moment before I gave up on love.

In hindsight, God has always provided, and while I can’t imagine how He is going to get us through this storm of virus and quarantine, I know He is. I have proof that He has provided great blessings through much worse.

So I cry for all I’ve lost. All I miss. The people I love. The people who are ill, those who have died or will die. I cry for the stress over the kitchen sink and the fear that my daughter will break before this semester ends, or that she won’t be as successful as she wants. I cry for my boys who miss their Dad and teachers and friends. I cry for my husband, whose masculine shoulders bear the burden of it all without complaint.

And I cry for the blessings that fall generously from a God who never counts my weakness against me.

He is good. And He will carry us through.